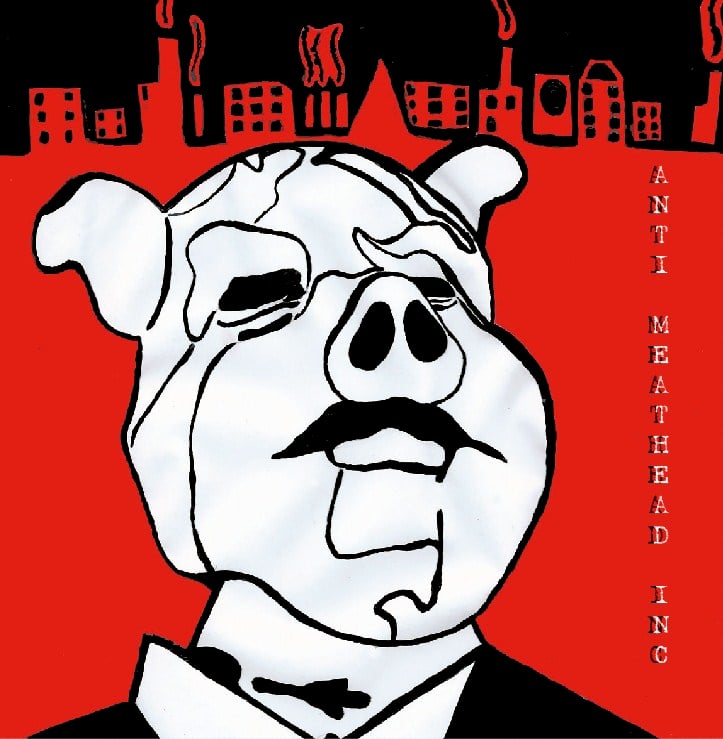 A-M-I are a truly inspirational young punk band from Brighton.

Formed in early 2010, A-M-I made their live debut later that year and have obviously been sharpening their musical skills to great effect since, having been mentored by the likes of U.K. Subs and Captain Sensible amongst other punk luminaries.
Never mind those old punks though – here’s punchy punk proof the genre’s future will continue to burn bright as long as these youngsters continue to blaze their trail brightly...

The line-up consists of brothers Marlon (15) and Bram Payne (13), their best friend from primary school Marley Perez (15) and rock school friend Harry Stagg (12).
Marley is Charlie Harper's grandson, and Charlie himself helped to produce some of this stunning album.

The CD also has as bonus tracks their first recording from March 2012; ‘Meathead’/’ Billy No Mates’, a double A-sided single, co-produced by Charlie Harper and issued on 7" vinyl only.