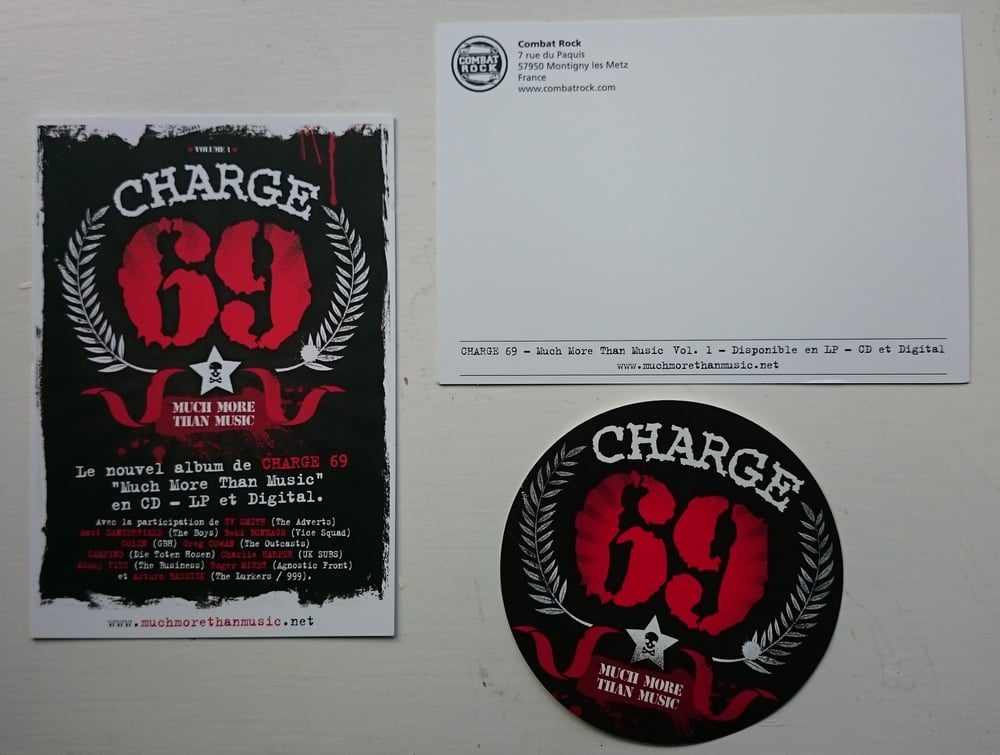 "CHARGE 69, the revered French 3-piece punk rock band are set to release a fabulous and fascinating new ‘Best Of’ record with a quite brilliant twist. Featuring 10 punk luminaries singing the band’s own songs, not in French, as per the originals, but in English. This really is a superb ‘Best Of’ collection with a difference, fully deserving of its title: ‘Much More Than Music’.

Formed in 1993, Charge 69 have released 5 studio albums, numerous singles, and had tracks appear on various compilation albums, having also toured all over Europe and Canada."

Licensed from Combat Rock Records and distributed exclusively in the UK by Time & Matter.